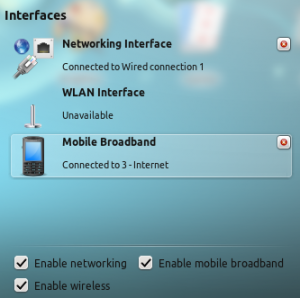 This isn’t really a big problem for me as I hardly ever used the Windows install. Here is the clincher though, the netbook has a Qualcomm UN2400 Mobile Broadband chip which requires the firmware to be uploaded to the chip based off what country/carrier you plan on using. This firmware and some of the ppp configuration scripts are installed onto the Windows partition… which I had just destroyed! END_OF_DOCUMENT_TOKEN_TO_BE_REPLACED